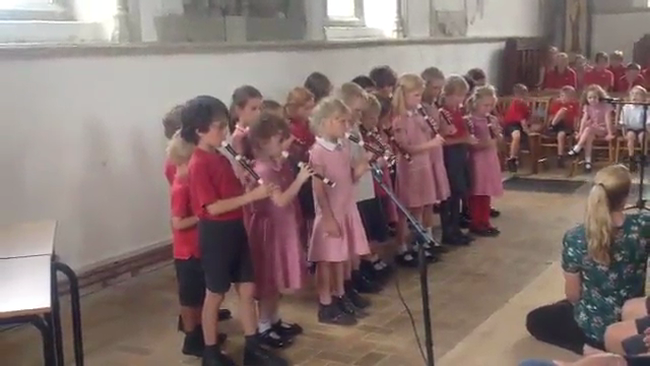 What an amazing music concert! We performed a piece on the recorders and sung a song from Moana.

Harwich trip - We had a great trip to Harwich. We visited the lifeboart station, lighthouses, fort and spent some time on the beach.

Jimmy's farm - We visited Jimmy's farm to help us learn more about plants for our growing topic.

19.3.18 - We had a fantastic trip to Piper's Vale gymnastics centre where we were able to practise our jumping, balancing and movement on the different equipment.

17.3.18 - This week we have enjoyed lots of activities during British Science Week. We have learned about different types of seeds and how they are dispersed. We then investigated the best shape, size and material for a helicopter shaped seed. We have also designed our own flowers and made seeds and seed packets to go with them. We finished off the week by planting potatoes in the school garden and planting cress ready for more science investigations next week.

8.3.18 - Some of the Key Stage 1 children took part in a Dodgeball tournament at Inspire Suffolk. They did a brilliant job representing the school, trying their hardest in every match and cheering each other on. They were awarded the "Fair Play Team" award.

This half term we have been learning all about different plants and how they grow. We have planted sunflowers, potatoes, carrots, turnips, cress and parsely - we can't wait to see them grow!

19.2.18 - Today we were lucky enough to have a visit from Olympic athlete Amy Smith. We learned about her career before taking part in a circuits session with her.

This half term in DT we have made peg dolls, teddies and cars. Don't they look fantastic!

30.1.18 - Hollytrees Museum - We had a fantastic trip to Hollytrees museum in Colchester. We dressed up in Victorian clothes and learned what it was like to live in the Victorian times. We learned about Victorian toys and how they are simular and different to the toy we play with. 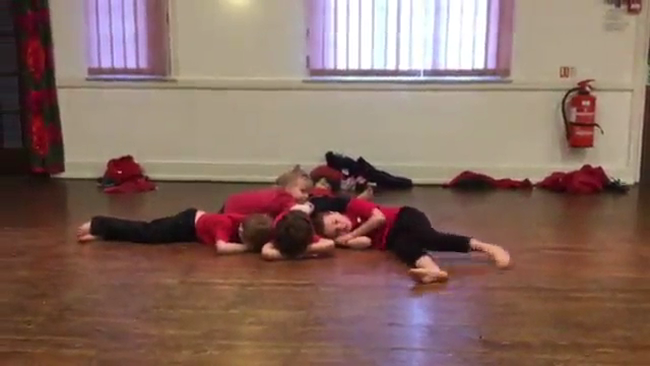 In PE we read a story about a magic toy box. A magical moonbeam fell on the toy box and woke up the fairy doll. The fairy doll spread her magic over the rest of the toys and they all woke up. However once they woke up they were all sad because their toy box was dirty. Fairy doll had an idea to clean up so they all cleaned up. At the end they celebrated by having a party. Then the magic on beam shone on the toy box again and all the toys crept back into bed. Each of the children took a different role - fairy doll, elephant, bossy robot, bear and mouse. They were given the challenge to perform their dance making sure they moved in the way that their character would. I think you will agree that they look fantastic!

Glockenspiel - In music we have been learning a song about toys having a night time adventure. The song is to the tune of Freres Jacques so we learned to play this on the glockenspiel. 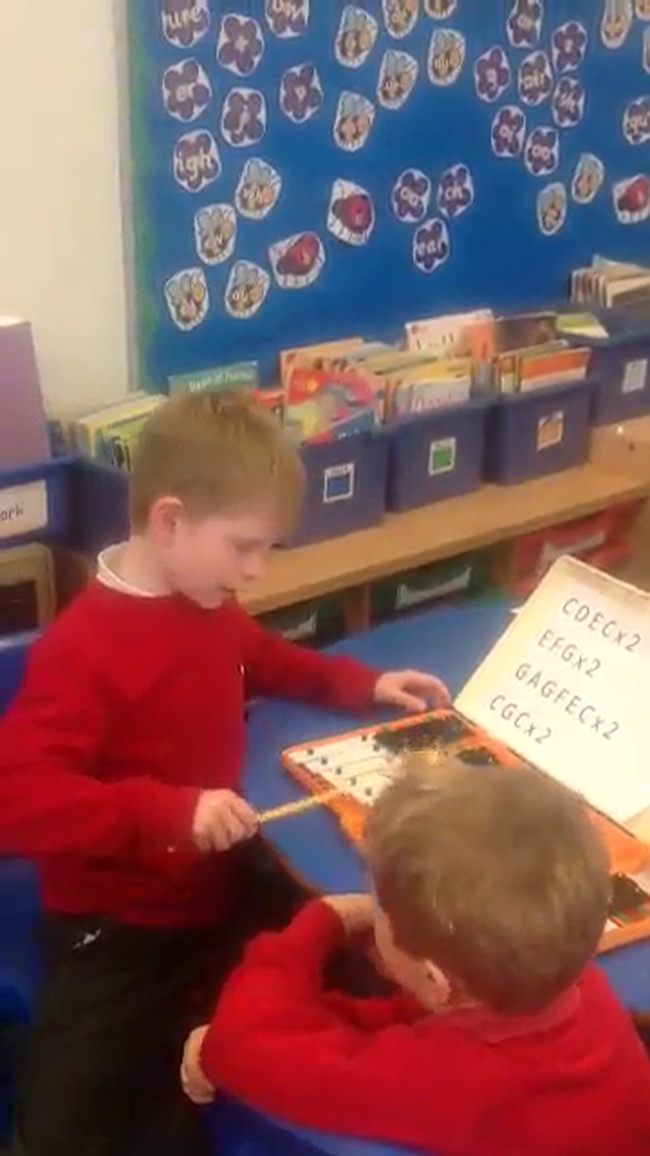 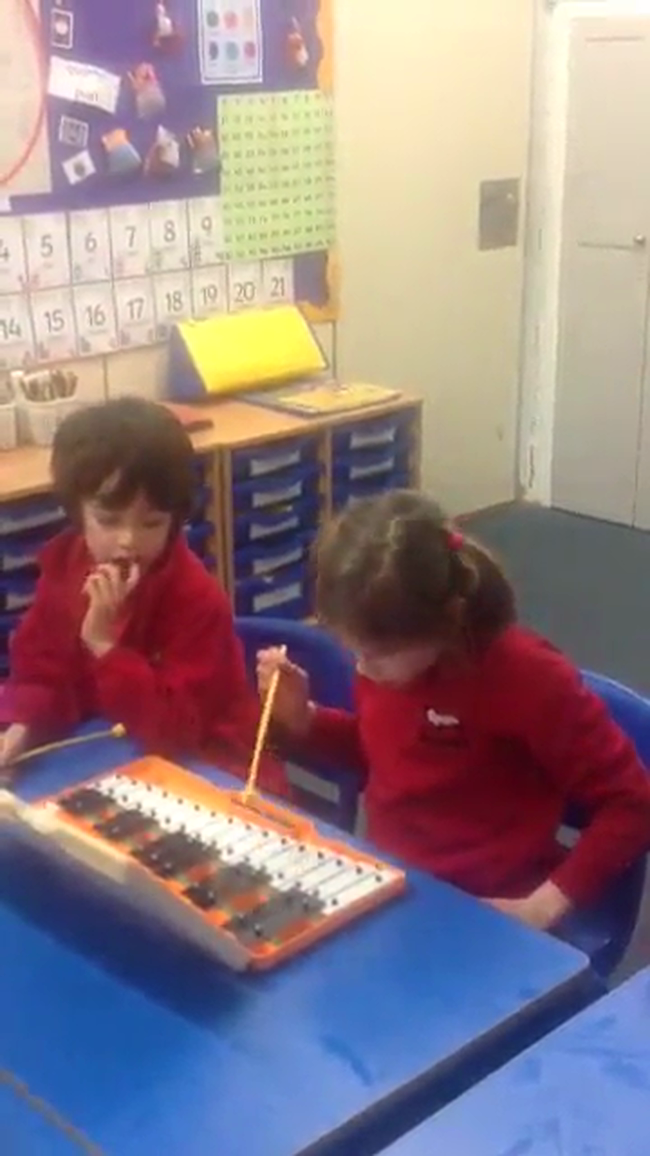 15.12.17 - This half term during our computing session we have been making our own stop animations to retell the story of the Three Little Pigs. We made our own backgrounds and characters and used the Ipads to take lots of photos. We then added sound and put all the pictures together using Movie Maker. Here are some of our videos - don't they look fantastic! 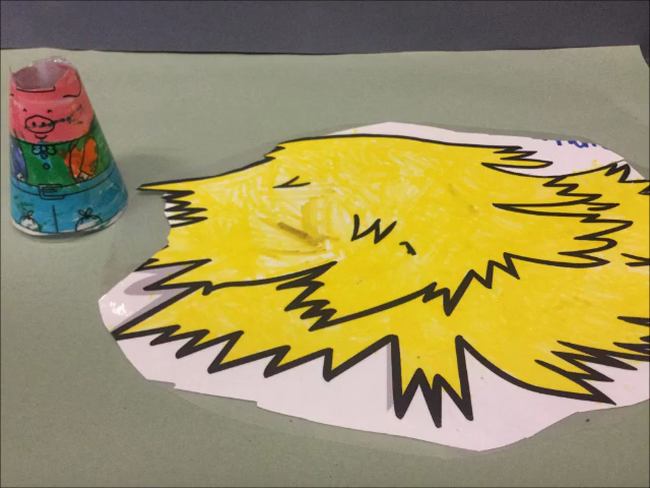 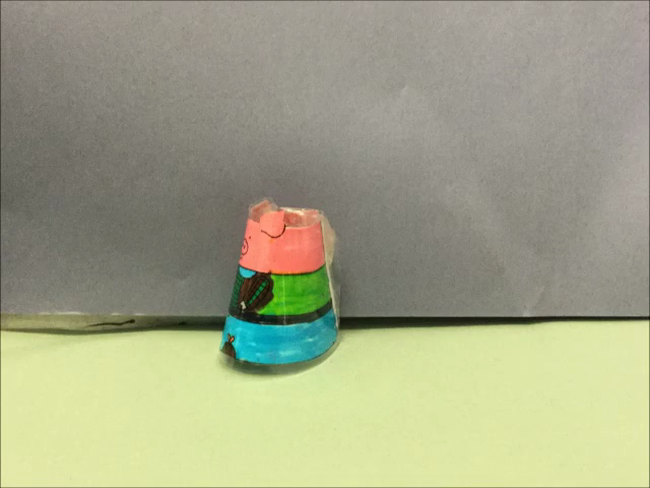 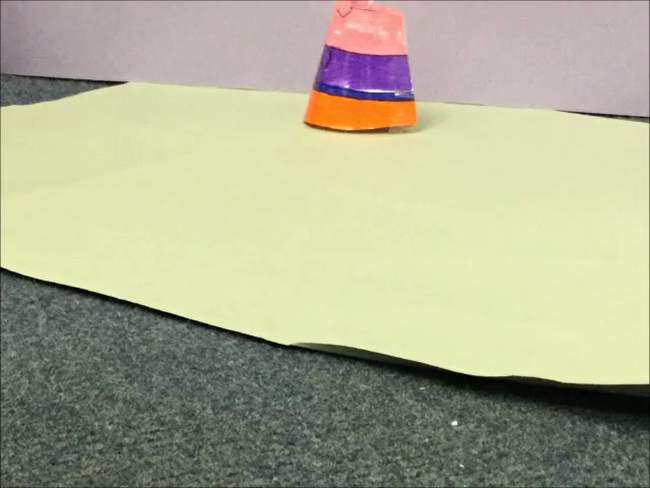 12.12.17 - Well done to Hedgehogs and Squirrels for their fantastic performance of Angel Express. The singing was fantastic and everybody spoke their words clearly!

28.11.17 - Thank you to everybody that came to our phonics discovery cafe! Here is the link with the correct pronounciation of the phonemes and a few online games you may like to try at home.

23.11.17 - In PE we have been practising our tennis skills. We are developing our racket control and beginning to be able to bounce the ball with increasing accuracy.

17.11.17 - We have continued to learn about remainders today. We were given different amounts of straws to make triangles, squares and tallys. We had to record how many groups we could make and how many were left over. We spotted lots of patterns!

16.10.17 - Wow! What an amazing trip to Colchester Zoo! We have a great time feeding the giraffes and elephants; taking the train the visit the lemurs; seeing lots of African animals up close and learning even more in our educational session led by zoo staff.

13.10.17 - We enjoyed our trip to Mersea where we were able to develop our teamwork skills through a range of activities. We also liked hunting for crabs and shells on the beach.

Tortoise - Mrs Newbigging brought in her tortoise to show us. We thought carefully about where the animals live and how they are adapted to their environemnt.

Basket ball - We have been developing our dribbling, shooting, movement and passing skills during our basketball lessons this half term!

7.7.17 - A massive well done to the KS1 gymnastics team that represented Kersey in the county finals! 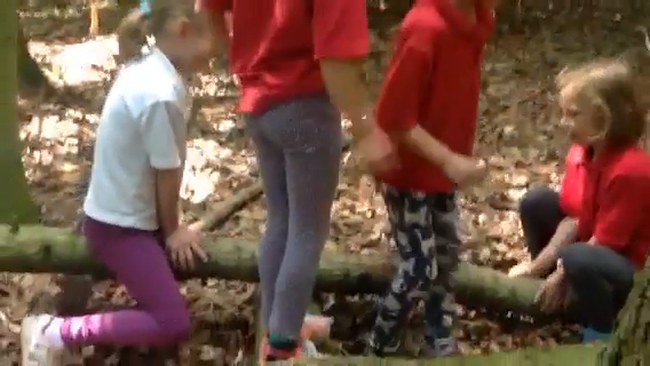 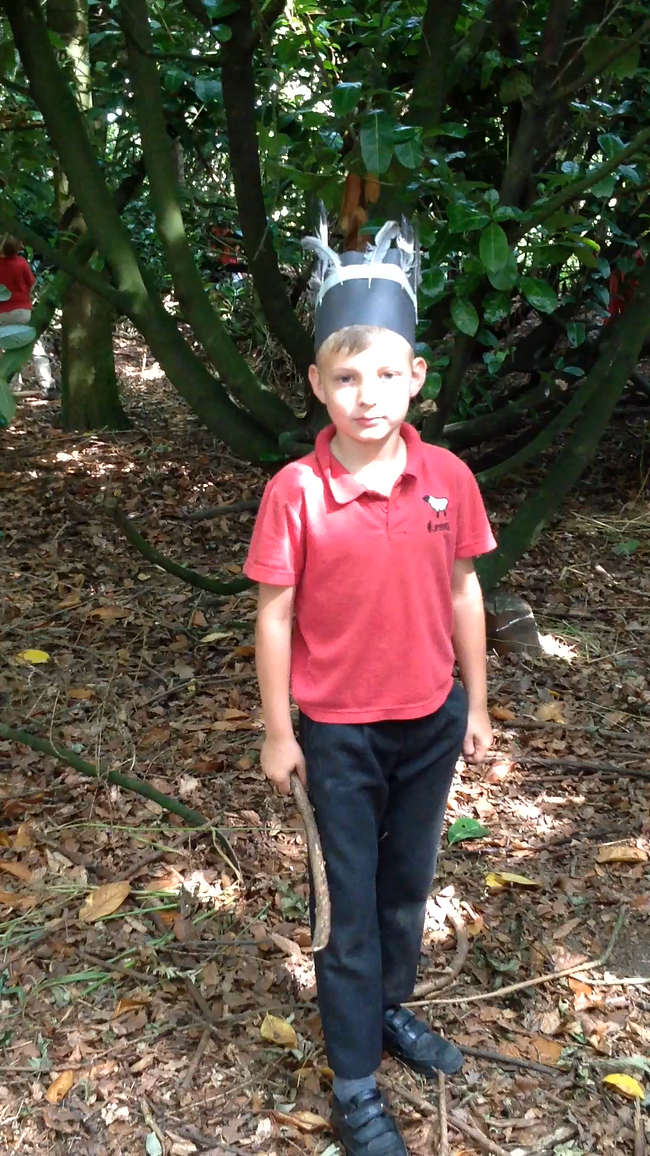 26.5.17 - We had a fantastic afternoon riding our bikes and scooters around the road on he playground. We even had a washing station, petrol station and skills area.

25.5.17 - Today is ascention day. To help us think more about this and how to talk to God we had a prayer morning led by Rev. Ffrench.

22.5.17 - We had a great trip to Ipswich Transport museum. We enjoyed learning about the different buses, bikes and fire engines before having lunch at the park. We then had a train journey to Ipswich train station and a little tour around the station. A very busy day!

19.5.16 - The local community police officer came in today to talk about how to stay safe on the road.

Trip to Wattisham airfield - We had a great trip to Wattisham where we looked at all of the different army vehicles. We watched the helecopters take off and land and tried on some of the uniform that they wear.

We made castles and shields as part of our topic this half term. Don't they look fantastic!

We had a great trip to Framlingham castle!

2.3.17 - Wow! What a fantastic World Book Day! We have been learning about Jack and the Beanstalk and were very surprised when the Giant decided to visit our classroom. He left us a trail to follow and we found out that he wanted help building a new castle. In the afternoon we designed and built a model of what his new castle could look like.

We have lots of fun learning and exploring in the snow today. We built snowmen (and snow monsters), draw pictures in the snow, threw snowballs in our target area and made lots of snowy footprints!

Nativity 2016 - What an amazing performance!

The Great Fire of London recreated by Hedgehog Class 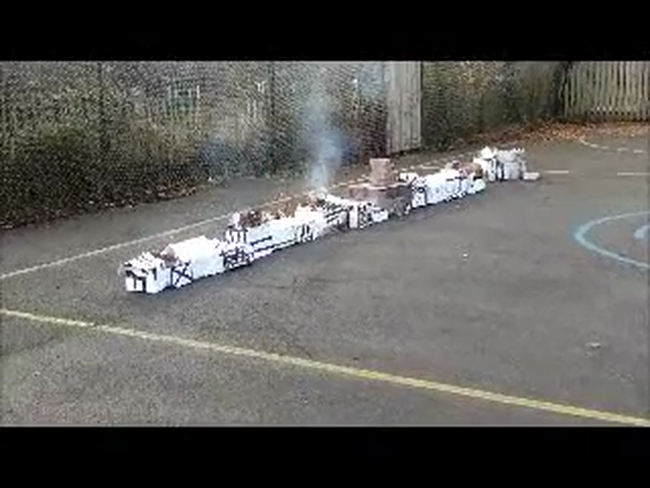 We had a fantastic morning with World Champion Sailor Sam Brearey.

To help us learn more about how Christens show that they belong to the church we had a mock wedding and baptism. This helped us understand why people choose to get baptised or married and what happens at these celebrations.

We had a fantastic trip to Ipswich Fire Station to help us think more about how to prevent fires and what to do if their was a fire in our house. We got to see all of the different equipment fire fighters use and we even had a go at using there hose! 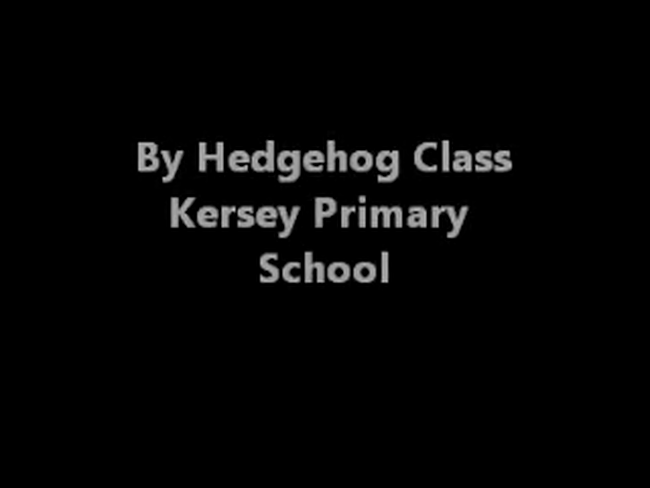 This half term, to link with our topic of food, we have been learning about the different food groups. To help us learn more about carbohydrates and grain we made bread. We learned about where flour comes from and the importance of adding yeast to help the bread rise.

We had a fantastic trip to Morrisons where we learned all about the different food groups and healthy food.

We have been learning about healthy food. In art we made apples by felting. We had to roll the wool into a ball and then add different colours to make each of the layers.

To celebrate the Queen's 90th Birthday last term we wrote letters to her. Over the holidays we were very excited to receive this reply!